Come Sail Away to the Past by Marie Lavender

From Christina: As another historical romance writer, I know the need for careful research. Today, Marie Lavender offers a glimpse at how she uncovers accurate information for her stories.

Come Sail Away to the Past 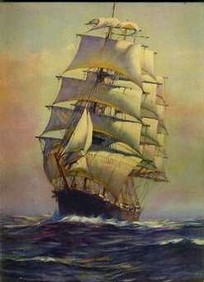 As Upon Your Honor is a period romance, I wanted to cover some of the tough research I did for the book. Though it is getting easier the more I write, I did struggle with some technical issues during the writing of the manuscript.

For example, as most of Chloe’s journey is aboard La Voyageur, captained by Grant Hill (the hero in the first book), it was necessary to research ships. Clipper ships, to be exact. Clipper ships were very popular in their time, from 1840 to 1869. They were very fast and could outrun many other ships. I chose the clipper because I knew the captain would want a fine ship that he outfitted to reflect the time period, but he wouldn’t trust steam ships, which were popular in 1891, the time period of the book. La Voyageur is one of the last clipper ships around at that time. You’ve probably heard the term ‘clipper ship’ as they are coming back in popularity now with some modern adjustments, of course.

My technical issue at first was that I couldn’t figure out how long the journey would take. I eventually had to plot the trip using known routes that past clippers had taken and also measure the distance from the ports the characters visited. Life on board a ship isn’t easy though, and Chloe finds that out pretty quick. It is also not common for a woman to be on board. There are many such sailor superstitions I threw into the book for authenticity. Despite that belief, the crew does warm to Chloe, a fact that makes it harder for Gabriel, the hero, to distance himself from her.

What else did I research? The ports, of course. It was so interesting to find out all about these different places. I learned along with Chloe as she discovered each city. I also learned about transportation, the different kinds of vehicles they might use in that time period. Oh, and fashion. Lots and lots of fashion. On board the ship, Chloe and Gabriel dress more casual, but in the ports, they dress in their finery and I had a lot of fun describing what they wore. Hairstyles were a big thing too and Chloe, being accustomed to wearing her hair down for the most part, does relent now and then when the occasion calls for it.

I also researched home décor, how elaborate houses or hotels were then. I really had always loved the Victorian time period so researching it further was no problem for me. It was fun finding out what those wallpaper styles were called or how a Victorian parlor was decorated. I also tried to base it on location. Some styles of houses were more common than others. A lot of the time, I relied on old pictures or other Victorian resources so that I could describe everything better.

The other thing that I researched was fencing. Even though dueling was outlawed in many places then, gentlemen still learned how to fence at salons. Some even carried swords. Our hero, Gabriel, requires some form of defense on his journeys on sea and land so he does the same. That sword really comes in handy when Chloe’s past comes after her. I had always loved watching sword fights in movies and reading about it in romances. Despite the grim fate that can result from it, I was fascinated by it. I wanted to be authentic so I learned more about the different techniques of swordplay and the code of honor, and I tried to incorporate that into the story.

I also researched the characters. Chloe was born from a scene that popped into my head one day of a girl stowing aboard a ship. I had no idea at the time that she would be part of this book or that Upon Your Return would even have a sequel. I didn’t start thinking about a sequel until just after I got a contract for the first book. Eventually, I figured out she was going to be in the sequel and I had to tie her somehow to everything. Chloe ended up being the focus. So did the hero, of course. Gabriel was introduced at the end of the first book and it was fun to see him all grown up and fascinated by this brave young woman. I figured out when each of them were born and used horoscopes to fill in some minor details. For the rest of their personalities, that just came out in the writing of the manuscript. Chloe’s motivation surprised even me. I hope these characters make you fall in love with them too.

The story is not over yet, however. I am currently writing the final book in the trilogy. Jump on board La Voyageur with Chloe and follow her on her journey in Upon Your Honor.

He stole the wrong woman

The last thing Kat wanted was a husband. 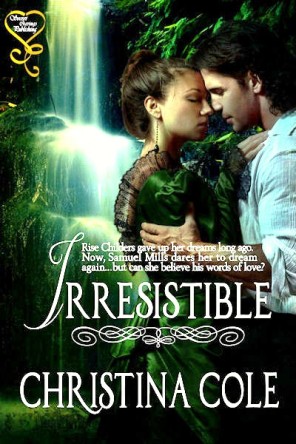 He dared her to dream again